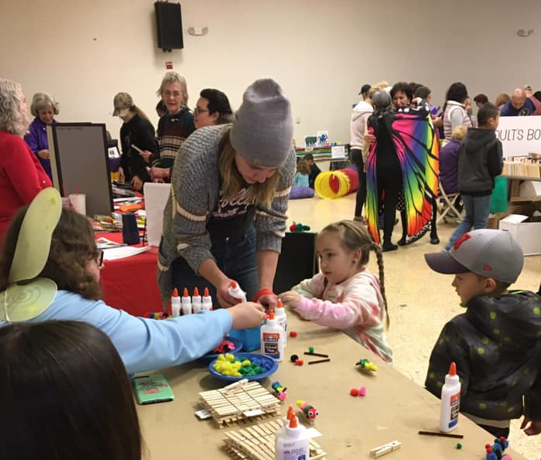 When the Hermit's Peak/Calf Canyon fire evacuations started, they came quickly and grew faster than anyone could believe. The members of the Sunrise Kiwanis - Las Vegas, New Mexico knew of many family and friends who were evacuated, having a few members of our own impacted. Quickly, people began reaching out to us to see how they could help and offer donations.

The Sunrise Kiwanis Club's focus is youth and families. Early on, it became clear that the fires were also impacting single adults, elderly, and people whose children were grown. We knew we had to do something to help as many people as possible, and decided to use the donations we were taking in to provide people with gas cards and gift cards.

The need and requests came in by the hundreds and the funds grew right along with the needs, increasing the ability of Sunrise Kiwanis to provide assistance. Funds came in from private donors, the Noontime Kiwanis, other Kiwanis clubs in Arizona, Texas, and all over New Mexico. We also received funds from the Las Vegas Community Foundation and the Santa Fe Community Foundation's Community Resiliency Fund.

Soon, we were able to help provide hotel rooms for families who were not able to stay in the shelters. One single mother  and her four children were staying in a hotel in Albuquerque but had to travel back often to care for animals that were here. The gas assistance helped her and her family tremendously.

Members of the club have teamed up with other groups to get assistance to rural areas in San Miguel and Mora counties, and try to have someone at different events where impacted individuals and families may be. Because the funds have continued to grow, they are still helping.

The emerging need now is becoming food replacement for all of the food that went bad when electricity was turned off in evacuated areas. Aja Currey has been so touched by the stories she hears, the people they are able to help and the generosity of so many.

The Coalition to Stop Violence Against Native Women helps shape policy, conduct outreach, increase awareness, inform priorities and work to ensure that our tribal communities are represented within conversations where they have historically been underrepresented.

Since 1989, Tewa Women United has been strengthening and re-strengthening beloved families and communities. Through relational-tivity TWU embodies courageous spaces that center Indigenous women and girls to connect with ancestral knowingness, healing strengths, and lifeways for the wellbeing of all.

NewMexicoWomen.Org advances opportunities for self-identified women and girls so that they can lead healthy, self-sufficient, and empowered lives.