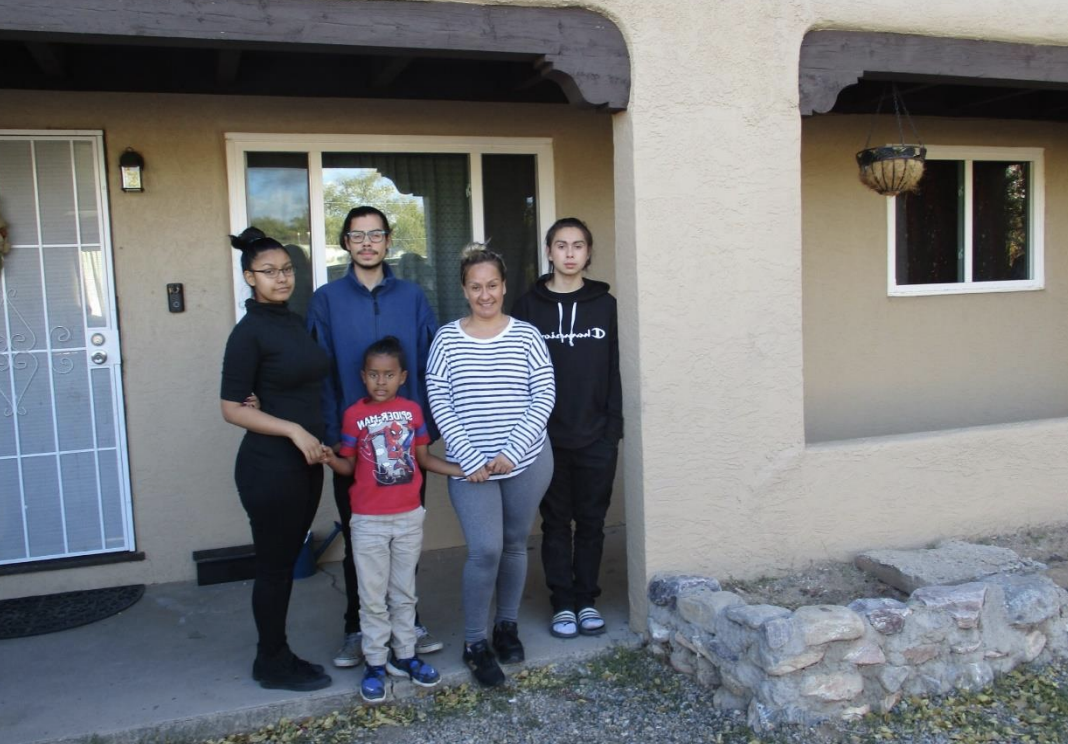 Third time’s the charm for Yudi Bustillos. That’s how many separate stays it took for her during the past 20 years at St. Elizabeth’s Sonrisa Family Supportive Living Program before she was finally able to find and buy a permanent home for herself and her four children. This past May her lifelong dream came true when she closed on a house in Albuquerque.

“It’s amazing to own our own home,” Yudi says. “I wanted this for all my children since they were little.”

Born in Mexico, Yudi’s parents brought her to the U.S. when she was 11. The family lived in Santa Fe where she attended Capital High before leaving after her junior year pregnant with her first child, Angel. Shortly after his birth, she and her husband moved into Sonrisa for a short stay.

After a few months, she got a job working in assisted living and the couple moved into their own apartment with a second child, Melanie, soon following. But the marriage broke up and Yudi wason her own.

“I’ve worked since I was 18 and usually hold two jobs,” she says.“But it’s difficult making it as a single income family.”

Still, things were fine for quite a while. But 11 years ago after the birth of Joel, her third child, life became challenging again and Yudi returned to Sonrisa. She stayed two years, continued working hard and saved up enough money to move out into an income-regulated apartment. Seeking a larger space, they moved after five years into a bigger apartment but found it hard to keep up with the ever-increasing rents in Santa Fe. So after four years there and another child, Santiago, it was back to Sonrisa.

“Our mission is to help families who are struggling like Yudi’s,” says Neal Windham, Sonrisa’s program manager. “We provide below-market rent at 30 percent of monthly income along with a safe and secure environment and a full range of supportive services designed to help families acquire needed life skills and save up enough funds to move into housing of their own after two years"

Las Cumbres Community Services, Inc. began in 1970 with a structured program of day habilitation services for developmentally disabled adults with developmental or intellectual disabilities (IDD) in Los Alamos. We added a therapeutic preschool – Conjunto - in the Española Valley in 1979. Since then, it has expanded its services for children, adults, and families in order to meet our state’s changing needs, with more than twenty programs in place today.

The Santa Fe Recovery Center filled the gap in available substance use disorder treatments tailored to women with children by establishing the Women and Children’s Residential Treatment Program in Santa Fe.

Presbyterian Ear Institute offers hope in breaking the silence for children and adults with hearing loss by providing a comprehensive approach to the early diagnosis, intervention, education, and rehabilitation of deafness.